Week Thirty-Four: The Ups and Downs of A Writing Career

This time last year, I was in a bad spot, career-wise.

I was out of contract with all the publishers with whom I had previously worked, my debut thriller had been rejected by multiple publishers, and I was only surviving by self-publishing romcom novellas under the name Beth Good.

We were forced to leave our lovely rented farm on the edge of Bodmin Moor and rent a very small terraced house in a Devon town instead, jettisoning over half our possessions and having to part with some of our beloved pets in the process. It was a traumatic time. I started editing other people's manuscripts freelance, but the workload was heavy and the money not quite good enough to get us through. I decided that if I couldn't make money from writing or editing, I would have to get a 'proper' job again. But as I was home educating my kids, it would have to be an evening or night job. Which would mean no time left at all for writing. Or sleeping, in fact!

In the run-up to my job search, I self-published my debut thriller GIRL NUMBER ONE. I hoped for the best, but planned for the worst, in other words.

GIRL NUMBER ONE came out in late September 2015.

After a sluggish start, it began to climb the charts.

In mid-December, it hit the Number 1 spot in the UK Kindle chart, and stayed there nearly a week, selling many thousands of copies.

By then, it had already excited huge amounts of interest and comment, and had come to the attention of an editor at Thomas & Mercer, an Amazon Publishing imprint. I contacted my agent and signed with AP for a life-saving two-book deal. My second psychological thriller, LOCK THE DOOR, is already finished and on pre-order: it will be published January 2017.

Today, August 9th 2016, a new, revised edition of GIRL NUMBER ONE has been published in digital form. A gorgeous paperback edition will follow in September. 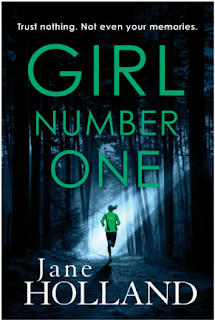 Following on from that two-book deal, possibly because GIRL NUMBER ONE's meteoric rise had come to the attention of the team I had worked with previously at Hodder & Stoughton, I was approached by that publisher to write a Christmas book for them. That story is BERTIE'S GIFT, a whimsical, feel-good adult read about a Beagle on a mission to save both his sister and his adopted family.

BERTIE'S GIFT was a delightful change from my thriller writing - I had to write it almost in tandem with LOCK THE DOOR, sometimes morning for one book, afternoon for the other. It will be published in hardback and ebook on October 20th 2016. It is coming out under yet another pen-name, this time Hannah Coates, in order to differentiate it from my other writing. 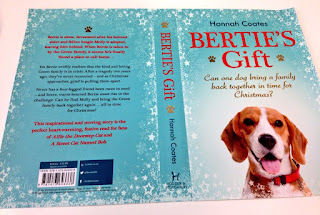 I am now working on a third thriller, with a side venture into a brand-new romcom for my Beth Good persona, as I know many readers have been waiting for a new one from me. We are back on our feet financially, and I have been able to abandon the idea of getting a 'proper' job in order to pay the bills. Thanks to the fantastic success of GIRL NUMBER ONE, which came utterly out of the blue, I already have a 'proper' job as a full-time professional writer again - and am very, very happy indeed.

So this post is not only an indication of the often terrifying vicissitudes of a writer's life - even a relatively successful writer - but also a massive thank you to everyone who bought, read and/or supported GIRL NUMBER ONE.

However hard a writer works, they can't get anywhere without readers, and I have been incredibly lucky to have such loyal readers, many of whom have followed me from historicals to contemporary romcoms to thrillers. And hopefully will now follow me to feel-good adult doggy fiction as Hannah Coates!