Sometimes you get an idea for a story set-up that doesn't fit what's selling out there, or you know most publishers would pull a face if presented with the idea. Yet you can't get it out of your head.

That's what happened to me when I came up with my idea for the Stella Penhaligon mysteries.

Stella Penhaligon is an astrologer who helps the police with their enquiries.

The merger was a dream come true for me.

The only fly in the ointment was that my idea didn't fit with the kind of books I'd already been writing under my Jane Holland - very straight, hard-edged contemporary psychological thrillers. And I suspected that most publishers would have a hard time with an astrologer as a main character helping the police.

To add to this, I'd never before written a story with a police officer as a main character!

Yet I knew I wanted two main characters in this series - Stella, the astrologer, and DS Jack Church, the local officer with whom she has most contact. 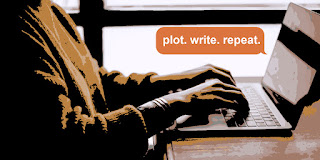 Finally, I was aware of a need to make money as a novelist, which means not wasting time on books that might never get published. But also that self-published books provide a small amount of money to keep me ticking over from month to month, while book contracts can take anything up to six months to produce any income from the point of acceptance by a publisher, sometimes longer.

I approached my agent and we discussed this. I suggested that I self-publish a short series of novellas about these characters, and see how readers took to them. Thankfully, she agreed. (Coz she's amazing!!)

And so I sat down and wrote the first novella. It's called UNDER AN EVIL STAR. (See below for US link.)

The series is set in Cornwall, where I live, which feels like a suitably spooky, gothic region for a crime novella involving astrology.

A severed head is found by the police. Stella's father, a local vicar, is missing. She casts a chart to find him and falls under suspicion when the severed head turns out to be his ... But who would kill a vicar and why?

I put the novella on pre-order, and had a few sales come in at once. Not so shabby! So I made a space in my writing schedule and wrote a second and third novella, THE TENTH HOUSE MURDERS and THE PART OF DEATH. I then put all three on sale at Amazon.

All are now out on sale. Early days yet, but after a sluggish start, I changed the covers and sales have become more promising. I will need to leave it a while to get an overall sales picture, but if it seems worth doing, I may write a full-length Stella Penhaligon mystery in the next year or so, and see if any publishers would like to acquire it for a series. 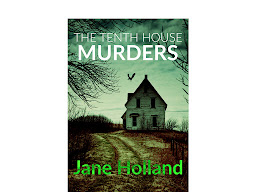 Sometimes, you need to take a punt on an unusual idea, and hope it works out. Some ideas flop. Others need some massaging to succeed. What you need for them as a writer is CONFIDENCE and TIME. Be bold and write it, regardless of your fears that it won't succeed. Stay true to your vision and see it through to the end, never abandon the project partway through.

You can't tell if an idea is 'bad' until you've finished it, and that's a simple truth most newer writers don't get. Most writers have a tendency to panic, jump off too soon, and start afresh with a different idea. A "better" idea, or so they tell themselves. But they are likely to get scared again with this new idea and repeat the cycle.

Until you've gone the distance with a story and reached the end, you can't be sure if it was working or not. Because you can't see the pattern clearly when you're too close to the loom. Keep weaving, steadily and confidently, and not listening to internal or external voices, and when it's done, step back for a better look.

Only time will tell whether it was worth my while making these three novellas. Meanwhile, new readers are finding them every day. Will you be one? 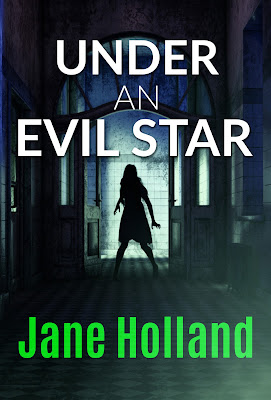 UNDER AN EVIL STAR: AMAZON UK

UNDER AN EVIL STAR: AMAZON US