I've talked about narrative point-of-view (POV) on this blog before, and brushed against the use of tenses in narrative, but never looked at either of those in any depth.

I have two new novels out this week.

One is an indie (self-published) short romantic novel written under my quirky romcom persona of Beth Good: THE COLOURING BOOK CLUB.

The other is published by Hodder & Stoughton under a new name, Hannah Coates, and is a feel-good Christmas tale for the whole family entitled BERTIE'S GIFT.

I'd like to explore the widely-differing techniques I used for these books, as they come at POV and tense from totally opposite ends of the narrative spectrum.

BERTIE'S GIFT is a first person, present tense narrative in the voice of the eponymous Bertie, a young and highly inquisitive beagle. 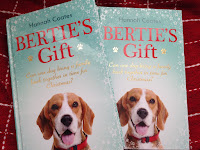 Yes, that's right. It's written in the voice of a dog. And in the present tense, which means the reader is right there from the first sentence, living the story as Bertie. It's a fast, snappy and exciting choice for a feel-good action story, so perfect for BERTIE'S GIFT.

THE COLOURING BOOK CLUB, on the other hand, uses third-person narration and the past tense. This choice came about largely because the events in the book are seen through the eyes of two narrators, Crystal and Emma, and using first person would have been too confusing (for me, let alone the reader) when switching between narratives. Plus, third-person POV more naturally lends itself to the past tense, I personally feel, so the latter choice came along with the former.

We're accustomed to the past tense in storytelling, and indeed it makes more logical sense. The past tense is an author or narrator looking back on events with some degree of hindsight, just like the oral storytellers of ancient, pre-lettered cultures. 'Once upon a time' is still a magical invocation. It allows us to settle down for a gripping yarn, secure in the knowledge that we are to some extent passengers and not in any danger from this story. However scared we may get, it was all over long ago!

Present tense narration, on the other hand, puts us right in the picture - with no escape. We open a book and find ourselves in the position of an unseen observer, an inadvertent eavesdropper, hiding behind the sofa or the arras. An uncomfortable - and potentially dangerous - position to be in. (Remember what happened to poor Polonius in Hamlet.) It can make us feel complicit in events, like a bystander who fails to step in and help at some crucial moment. Thus the present tense lends itself to narratives that deliberately push our boundaries as readers: horror or spy stories, thrillers, chillers, psychological fiction, and so on.

I was also aware that THE COLOURING BOOK CLUB is a romantic novel. I had no desire to stand out as unusual in narrative terms - and so put off romance readers looking for a quick comfort read - and while things are rapidly changing in women's fiction, past tense is still the most common choice for traditional romance and its sister genres.

I could easily have chosen present tense for both books, however. I've written a string of books in the present tense over the past couple of years, and it's becoming a far more natural mode of expression for me than when I first tried it. Present tense is also trendy right now, great for engendering a sense of urgency and immediacy, and can feel quite strong as a narrative technique. Perhaps a little too strong. Like an onion.

So while it's useful for writers hoping to make an impact straight out of the gate, and draw readers deep into the heads of their characters, present tense can also overpower your narrative if it's not right for the story.

I've often been asked, 'Should I write my new novel in past or present tense?' My answer is always, sit down and start writing your story without considering that question.

Whatever comes most naturally in your first few lines is probably the correct choice.

To force a story to be told in a particular tense over some technical or external consideration (because it's fashionable, for instance) may lead to later changes of heart, massive and painstaking rewriting, and then misery, followed by flip-flopping and more massive rewriting to 'fix' it. This is often because the chosen tense can inform the way you tell a story, and just changing the tense can lead to narrative issues you didn't intend.

I've done this myself, fretting over technique instead of devoting my energies to the storytelling. So don't worry too much about such choices before beginning your novel. Just start to write in an instinctive way, and the right person and tense should come naturally in your very first line ...

To combine present tense with first-person POV is the most in-your-face way of telling a story, as I do in BERTIE'S GIFT, and is hugely trendy at the moment.

The immediacy and emotional impact of that combination makes it an absolute winner for people raised on film and television, where they can follow lovers into the bedroom, and murderers or victims right up to the moment of death - and even beyond. They're not so keen on 'Once upon a time' anymore - though there's still a perfectly valid place for that technique, and indeed it may become fashionable again in a swings-and-roundabouts way.

At Killer Women Fest last weekend in London, I went to a workshop run by Tammy Cohen and Amanda Jennings, where the use of second-person narration in psychological fiction was briefly discussed. We all agreed that, while it's quite powerful to read a 'You walked across the room' narrative - and second-person can feel very creepy indeed in a psychological thriller - it should be used sparingly. More like garlic than onion, to continue the metaphor.

But I then went home and made use of that insight, as a dab of second-person POV might help solve a dilemma in a current work-in-progress. It may not make the final manuscript but it's worth trying. Everything is worth trying.

So don't be afraid to experiment with POV and tenses, but remember: if it feels right, it probably is right. And vice versa. Just like cooking up a sauce, always go with your gut. 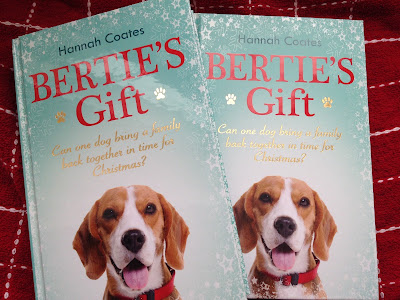 THE COLOURING BOOK CLUB was out yesterday, only 99p the ebook. Ppb coming soon! 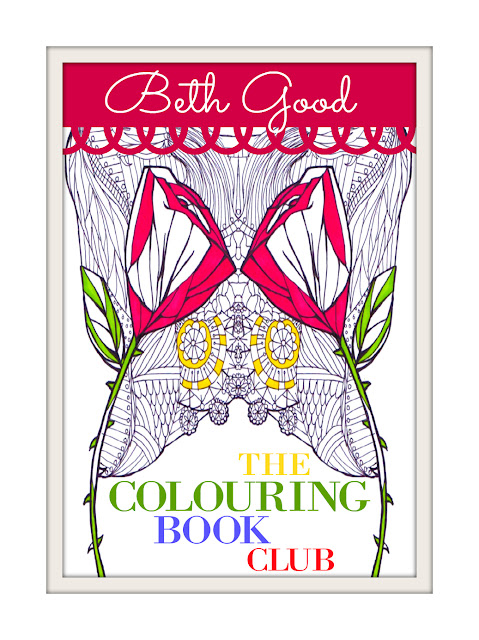