If there's one thing most novelists have in abundance, it's failed or unwanted novels in the bottom drawer. And perhaps most of them deserve to be there, products of a mind not yet attuned to the rigorous demands of plot, structure, narrative.

But among those lost manuscripts, there may be the occasional gem. Something worth retrieving from that bottom drawer, dusting off, polishing, and resetting in a more publishable context.

Here follows the story of how my latest new release, MIRANDA, came into existence.

Thirteen years ago, I gave birth to twin boys, and immediately began to write a novel. It sounds strange, but I felt released by their birth like a sprinter by the starting pistol. You might think breastfeeding and caring for newborns twins should have kept me too busy to write. But at the time, I had not written for some years. I had been wandering in a creative desert, afraid of failure but thirsting for inspiration, and suddenly being granted that inspiration was like stumbling across an oasis.

So I jumped straight in and slurped up all the water!

Besides, these were not my first children, and in a way, the twins proved relatively easy to care for in those muddled early days after a birth. I had a loving partner who was only too happy to do his share, and two older girls for baby-minding, and the twins shared a cot and seemed to keep each other company, which meant fewer needy wakings between night feeds. So perhaps my situation was a little easier than most mothers of twins.

I had agreed to manage nights alone - as breast-feeding is a hard job to share! - so I bought a baby monitor and set up a temporary study for myself. Because within days of the birth, I had been blessed with an idea for a story. A story about the generations, about handing things on to your children. Not just possessions, but genetic material, memories, looks, personality, even secrets. The book had to be written, it would not be still. So I started to write, mostly at night, and kept an ear open for the babies over the monitor.


Wasn't I tired? Well, oddly enough, no. I felt light as a bird in those first months after the birth. I felt as if I had slept all through that long, dragging twin pregnancy, and now I had been released from my burden and was floating!

I have never needed much sleep, and having to breastfeed twins gave me the perfect excuse to stay awake all night, then cat-nap during the day. It was a glorious experience, and I look back on that time as one of enhanced creativity, where I was totally alert and aware, and everything just flowed ... after years of stagnancy.

My partner's mother visited us during that period, and scolded me for being so self-indulgent as to be writing a novel when I should be concentrating on my newborns. Her disapproval was tangible. Mothers should not be writers, was her opinion. But I paid no attention. Babies don't know what you're doing when they're asleep. So I kept writing.

The book took six weeks to write. It wasn't a long novel, only 70,000 words. I initially called it THE BLOOD ARK, thinking about genetics, and after some tweaks, I sent out the first three chapters to a few agents, as my former agent had retired. None of them were interested. I had committed the cardinal sin of stepping away from my 'chosen' genre. My debut novel - about women in sport, marketed as chick-lit - had bombed, and this was a very different book. This was literary fiction, and there was no getting around that.

Easily disheartened, I put the novel away without any more attempts to place it. I decided it must be flawed beyond redemption if three or four agents had turned it down. (Yes, I was very naive.)


Enter Kindle Direct Publishing and the brave new world of self-publishing. And my own independent publishing venture that sprang out of that, Thimblerig Books.

I had long intended to resurrect my literary novel. But my memory of it was of a deeply flawed book that would need masses of rewrites and also be hard to place, having been written over a decade ago. Then this summer, I had a rush of blood, opened the ancient file, and started to read.

The book was a lot better than I remembered. Having written many novels since putting this one away, I saw at once how the structural issues - that had seemed insurmountable when I abandoned it in the early noughties - could be fixed with a few rigorous tweaks. I set to work, and after only a few weeks, the book was ready for copy-editing.

The biggest change, for me, was the title. It had been THE BLOOD ARK in my head since its inception. But now, with a stronger grasp of the market, I saw how that sounded too much like a thriller and would fail to reach the right readership. I toyed with various fashionable alternatives - titles with the words GIRL or WOMAN are very popular right now, as are curious phrases, like ALL THE LIGHT WE CANNOT SEE or ME BEFORE YOU. But in the end, I decided on something very simple. And more in keeping with the original inspiration for the story.

So I present to you MIRANDA, the novel of my postpartum insomnia, taken down, dusted off, tweaked and retweaked, edited and repackaged thirteen years on.


No abandoned novel is ever entirely lost to the world. It can be neglected and forgotten, but you never know when it may resurface in your consciousness. So if you have any novels languishing in that bottom drawer, why not take them out and read them again? Take notes, be generous to yourself, look at them structurally above all else - structure is usually where you'll find the most serious flaws in an abandoned novel - and consider, from your position of greater experience, how they could be fixed.

Rewrite in sections, trying to avoid any major changes that will alter or over-write the DNA of your original idea. Novels, it seems to me, come to us with their themes intact. (Even if we don't recognise that at the time.) So when we rewrite in any major way, we risk destroying that thematic integrity. Too massive a change can 'corrupt' the original idea, to borrow a word from computing, and the book will always be flawed after that, however much we struggle to fix it.

Unfortunately, if the original concept was flawed, and only major rewrites that change the book's thematic structure can hope to fix it, you may be better off giving up and starting a new project instead. Some books are beyond redemption. (Often because of botched rewrites in the past, before you were experienced enough to understand what you were doing, or perhaps because of bad advice.) But it may be worth trying again later, because the more books you write, the more experienced you become as a novelist, and the greater the distance you are putting between yourself and any earlier, failed novels. You may also become either famous enough to make it financially worthwhile to brush off old material and resubmit, or poor enough to make it imperative that you find new books to flog.

So the convergence of these three factors is usually required before a writer can successfully mine for lost gold:

EXPERIENCE - Writing is a craft, and the better the craftsperson, the better the artifact. So no attempt at writing a novel is wasted, as you are learning all the time you are failing.

DISTANCE - Think of Henry James and his 'figure in the carpet' analogy. The closer you are to a failed work of fiction, the less likely you are to see the pattern clearly. Step back a few years, or even a decade, and what needs fixing may suddenly spring out at you.

In the end, only you can know for sure whether your abandoned novel is worth saving from that dusty bottom drawer. But if it is, rejoice. For there is no satisfaction like the rehabilitation of a long-lost story.

MIRANDA is published by Thimblerig Books on Friday August 21st 2015. 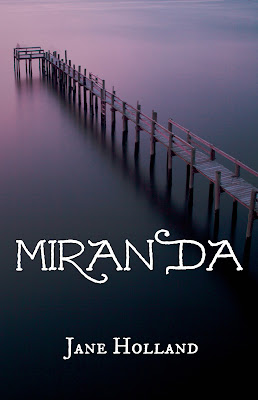 QUESTION: Do you have any old unpublished novels you want to resurrect and rehabilitate?