This week I have decided to talk about how writers can deal with rejection. I've written about this before elsewhere, so here are my expanded thoughts. I hope they're as useful to anyone facing this situation as they have been to me. Please do join in and comment afterwards!
Why does it hurt so much to have a novel rejected?

By the time you’ve finished a novel, it’s become a part of you. To have it rejected by an agent or publisher can feel like a personal affront. And indeed sometimes it is personal. A novel is an extension of who we are, yes, but when a book is rejected, occasionally it's not because the book sucks: you may not be the most marketable person around, and these days publishers want authors they can sell, not shy types with odd histories. They may pass on a reasonable book from someone with no social media presence, or whose track record makes them nervous.

The first is fixable. Get yourself a Twitter and Facebook account, and learn how to blog with the rest of us poor promo-monkeys. The second is more insidious. You may need to be equally sneaky if earlier books have bombed and no one will touch you. Send out your book under a different name, and remember to create a whole new persona to go with it - including new social media accounts! (There's no escape from it, is there?)

Yet rejection is an intrinsic part of the publishing business. We can fix these problems, but we still go through it at some stage, and sometimes it’s the quickest way to improve, to get a feel for what's currently good and what's not.

So, how to cope with the hurt of rejection, and still keep writing and believing in yourself?

Stay professional (even if it kills you). Allow yourself some natural moments of pique - throwing darts at the rejection letter used to be a favourite of mine, before everything became electronic - then get yourself in hand again. Rejection is horrible. But you can’t please everyone all of the time, and you can never be entirely sure why a book was rejected, so you might as well shrug it off and move on. It’s as simple as that.

Still seething? Okay. Ask yourself, was your rejection justified?

Consider whether your work was less polished than it should have been, missing some vital element that would have made it more successful, or if it was on the wrong track altogether. Then act on your findings. This should not be an emotional decision. If advice or feedback came with the rejection, take some time to digest the hurt, then sit back and assess it coolly. Not all advice is helpful. Some of it may be plain wrong. Perhaps you simply sent your book to the wrong person, or the right person at the wrong time. We all know of famous novels that were rejected and became bestsellers. We all know - or should by now have started to understand - that an editorial judgement on your novel is not the word of God.

People can be wrong about a book. Even en masse.

On the other hand, few novels spring fully formed from a writer’s mind. Even a rejection note may be useful if it spurs you into action that may get your novel accepted elsewhere.

If you choose to revise, submit again to different places. Be brave and send out your work as soon as any changes have been implemented. Be sure you target the right people. Check that the agent or publisher handles your genre. Sometimes a rejection has a simple explanation like that and is no reflection on your work. One example of an ‘unseen’ disadvantage is when a similar book or writer has already been accepted, so they can’t commit to yours because of a potential clash of interests. This may seem incredible when you've written a niche book for a niche market. But in fact it happens quite frequently. Subjects are up there, in the ether, and people pluck them down at the same time with astonishing frequency. Then it becomes a case of who writes the damn book first. If you were too slow, you may have missed your window.

Or perhaps the publisher is feeling worried about a particular genre or sub-genre, and has decided to stop accepting it for the time being. This also happens. Genres have trends. They become wildly fashionable, and everyone jumps on the bandwagon. Then abruptly, sometimes for no obvious reason, those books crash into obscurity. The market is saturated and nobody wants them anymore. Again, don't be slow if chasing a bandwagon. They can move with surreal speed. 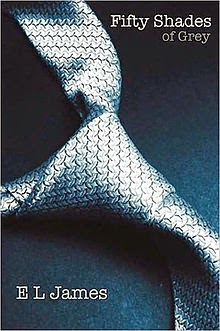 
Forget that book, and write something new!


This can be the hardest advice to follow when you’ve pinned your hopes on one particular novel, one wonderful group of characters, one high-concept plot that cannot fail.


But as with so many things, the battle-cry for writers these days is, 'Diversify or die!'

If you feel you can't rewrite that book anymore, and are unsure where else to send it anyway, then put the rejected ms aside and write a new story. Knuckle down and do the best job you can. Always finish what you start. Then send the new novel out again to publishers or your agent. If you can demonstrate that you’re more than a one-book writer, it tends to work in your favour, especially with agents who need to keep believing that you are worth representing. New writing also allows you to create much-needed emotional space between yourself and a rejection. It spreads the load, if you like, of emotional angst. Now you have TWO novels to worry about, not one!

However, don’t keep starting new stories rather than improving work that’s been rejected. You should always take the time to fix a story if several people have told you it needs attention and you truly believe it can be salvaged. But don't get hung up on this. It takes most writers several years - and at least three or four novels - to really get into the swing of this novel-writing lark.

It's a complex and often mysterious process, writing a novel, and rejections only serve to underline that point. NOBODY knows for sure what's going to work for readers, what's going to be popular, what's going to sell. You may feel sure your book will sell, but in fact, it's a lottery. If there was some kind of clear criteria to tell us which books are sure hits, and which will bomb, we would have more millionaire writers. As it is, most writers exist in a kind of twilight zone, somewhere between broke and just pulling even. They sell enough to be worth publishing, but not enough to get a poster advert in an underground station. And even they get rejected sometimes. You are NOT alone!

Besides, getting used to shrugging and starting again is part of an essential process of hardening up that writers need to undergo. So when that unpleasant rejection letter arrives, you can pull a face, eat some chocolate cake, then remind yourself, ‘There’s always the next book.’

QUESTION:  Have you found a good way to combat rejection?
Posted by Jane at 09:30

Email ThisBlogThis!Share to TwitterShare to FacebookShare to Pinterest
Labels: a writer's lot, becoming a novelist, dealing with rejection, fake it till you make it, rejection, the novel-writing process, top tips