WEEK FIFTY: WRITING A BOOK SET IN YOUR LOCAL AREA

A few weeks back, my latest novel THE MANOR HOUSE was published by Orion Dash in ebook and audiobook; the paperback is due out in December. 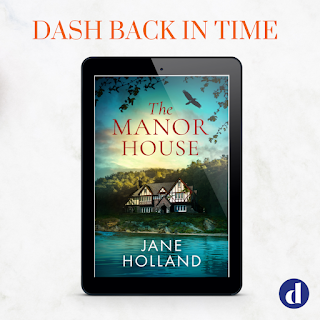 THE MANOR HOUSE was written during lockdown in 2020. It was based on an idea I'd been kicking around in the back of my head for ages, but couldn't find the right backstory and vehicle to carry it, which was the tried-and-tested romance trope of a 'marriage opf convenience'.

So I set this new novel partly in the past and partly in the present day. The past is autumn 1963. But what would connect these two very different story lines? A location ... and a person.

And since we were in lockdown, I chose a location that was already familiar to me, and would also be easy to visit within my local area. I chose the beautiful and idyllic Camel Estuary in my own backyard of North Cornwall, England.

The Camel Estuary is a wonderfully atmospheric and picturesque part of the world. It follows the Camel River from the ancient town of Wadebridge through to the sea at the popular Cornish resorts of Rock and Padstow. A trail runs alongside the river on the southern shore, known as the Camel Trail, following the original track of the railway, which was closed in the mid-Sixties.

This immediately gave my story an interesting parallel - the railway existed in the Sixties but in the present day is a walking and cycling trail popular with locals and tourists alike.

The person that connects the two timelines is a poet, Lyndon Chance.

Lyndon is a fictional poet, a real wild child of the Sixties with a dark reputation that stretches beyond his death and into our present day timeline ...

Take A Walk in a Local's Skin

To research my local area, ready for writing The Manor House, I initially took to the internet for photos and maps, since driving about during lockdown was problematic. Once the lockdown was over, I drove down there and took a walk along the trail, spent time by the river, explored Wadebridge - though I already knew it fairly well, having lived a few miles away for several years in the past - and soaked up the atmosphere.

This is about taking a walk in the 'skin' of a local ... noting sights, smells, sounds, textures, anything that will lend a feeling of reality or verisimilitude to the story, a feeling that the reader is there too, on the ground.

Over-Familiarity ... And Taking Care Not To Implicate Any Real People!

One issue with writing a book set in your local area is to make sure you don't make mistakes based on over-familiarity - so double-check everything - and also that you avoid naming or indicating any real people with a present day storyline. I was careful not to be too specific in that part of the book, making sure to avoid involving anything or anyone that coud be considered to refer to a real person or entity. That's standard practice in contemporary novels, of course, but can be more pertinent when you're writing about your own local area.

Show Off What You Love About Your Local Area

But the best thing about writing a book set in your own back yard is a chance to highlight what is best and most beautiful or exciting about your local area and to share that with your readers. The Camel Estuary is a key beauty spot and natural area in my area, and I love that it may inspire readers to visit this part of the world.

What fabulous places or key landmarks do you have in your local area, and how might you involve them in any novel set there? Remember, location isn't just a backdrop to your story, like stage scenery ... To build atmosphere and harmonise with your characters and plot, a book's setting should in some way reflect or complement those other elements.

THE MANOR HOUSE: out now on Amazon

1963. When Eleanor meets famous young poet, Lyndon Chance, he offers a way to flee her abusive father. In return, she must pretend to be Lyndon's wife. He takes her home to a Tudor manor on the Camel Estuary in Cornwall, where she finds herself in the middle of a feud between Lyndon and his twin brother, Oliver. It's soon clear that the old house hides many dark secrets. But could they be a threat to Eleanor?

Present Day.  Taylor has come to idyllic Cornwall to research for her Master's thesis, combining her love for conservation with a personal interest in Chance's poetry. Haunted by her own tragic past, Taylor finds Chance's notoriety fascinating. If only the poet's grandson, Julius, wasn't so determined to thwart her attempts to uncover his family secrets.

As Eleanor realises she's out of her depth at Estuary House, drawn to Lyndon like a moth to a flame, Taylor and Julius must fight their own attraction - but could shadows from the past tear them all apart? 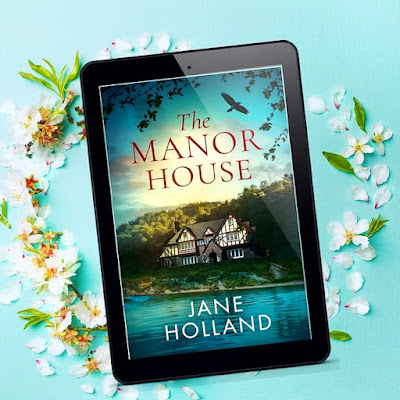