A New Thriller! (Publication Day) Plus, On Being Approached By A Publisher

So here's an interesting thing. Along with a few caveats and warnings.

During the 2020 pandemic, I was approached by an editor from Lume Books who wanted to know how I'd feel about writing a book with a particular sort of whodunnit angle. I was intrigued, and after a few in-depth conversations back and forth, said yes to the idea. I produced a synopsis, we thrashed out a few details that needed to be altered, and then I signed the contract.

KEEP ME CLOSE, my latest thriller, out 9th September, is the result. 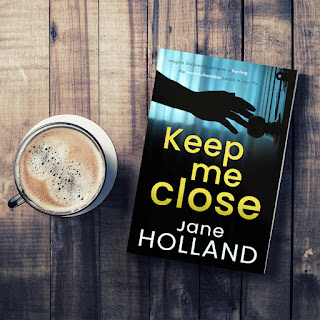 It's always flattering to be approached by a publisher. But this isn't the first time it's happened to me. I've had several such approaches during my career. One was for this book, BERTIE'S GIFT.

Again, the publisher gave me the general idea - even some key characters and a loose plotline - and I was left to fill in the blanks and write the novel as I saw fit.

Although I had to write it in only 6 weeks to catch the Christmas market, it worked out very well and we sold translation rights too for BERTIE'S GIFT, for editions in German, Italian and Portuguese. Though writers should be aware, I didn't retain copyright in the actual idea ... only the writing. So that's one drawback if a publisher supplies a large amount of material to a writer upfront. (That's not been the case with my new thriller, however, which is entirely my own work.)

Some time before that, I'd been suggested as a writer for spin-off original novels from a popular historical TV show. I won't name names, but I worked on the project for some months, producing a number of solid synopses, before it finally got spiked. I didn't get paid as nothing had been signed beforehand. So that was a bad experience. Later, I realised why things had ground to a halt when the next season of the show came out and I saw that the plots of the first few episodes were almost verbatim what I'd suggested for my synopses!

They'd already been shot at the stage I was writing the plots, of course. But because it was based on a real historical location/theme, I'd been using the same sources as the screenwriters, so there was naturally a lot of overlap ... Perhaps they'd decided either that I was clairvoyant or someone had leaked the storylines to me! So all that came to nothing. Not a great feeling.

But this time, with Lume Books, everything worked very well, and there was no time pressure involved. (The pandemic was underway and we were locked down while I was writing much of it, so there were fewer distractions than usual.)

It was a highly enjoyable experience. I easily wrote the novel to schedule, it was edited in good time, and the publisher has produced some excellent ad assets to accompany the launch. They've also been very supportive re promotion, putting the book up on Netgalley and monitoring reviews for me (as some readers have a sad tendency to write spoilers in thriller reviews, alas).

Basically, KEEP ME CLOSE has been a success story all round and this time I'm very glad to have been approached.

There's even a blog tour happening this week and next! 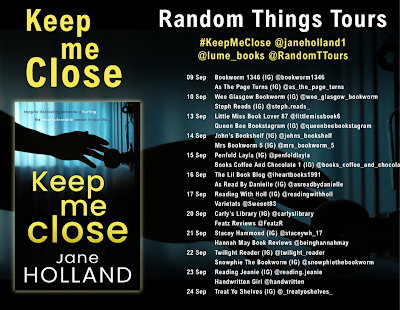 Someone is hurting the most vulnerable person in your life, but they can’t tell you who it is. What would you do?

When shy publisher Kate Kinley finds mysterious bruises on her mother’s arms she assumes the worst. Suffering with early onset dementia, her mother insists that nothing is wrong; it was just a clumsy accident. But was it an accident, or has her mother’s illness made her forget what really happened?

In desperate need of someone she can trust, her isolation and paranoia grow as the closest people in her life become key suspects.

With each heart-stopping revelation, Kate begins to realise that the perpetrator is no longer interested in inflicting bruises; they want blood.

Keep Me Close is a compelling story of gross immorality, a cautionary tale of how easily wicked people can take advantage of the vulnerable elderly people in your life.

If you love dark, psychological revenge-thrillers like The Sister-in-Law, The Babysitter and The Girl on the Train, you will love this twisty, sinister read. Perfect for readers of Gillian Flynn, Karin Slaughter, and Paula Hawkins.

Buy it here on Amazon UK: KEEP ME CLOSE

Or Amazon US: KEEP ME CLOSE 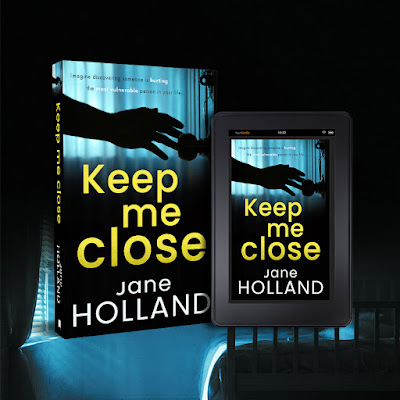