Today we have another guest writer on 52 Ways To Write A Novel - Chris Hill, author of SONG OF THE SEA GOD and THE PICK-UP ARTIST.

Lovely to have you here, Chris.

First off, could you tell us a little bit about yourself and your background?
Thanks for having me along today, Jane, it’s a real pleasure to be here! I live in Gloucestershire and I’m married with two towering teenage sons and a Cockerpoo called Murphy. I spent a lot of years as a journalist working on regional newspapers in the UK - I started as a reporter and finished as an editor. Now I work in PR for a children’s charity called WellChild who provide nurses for seriously ill children so they can be cared for in the family home rather than hospital. I’ve always written fiction, I started with short stories and improved over time, winning a few awards including the Bridport Prize. Later, I progressed to writing novels. 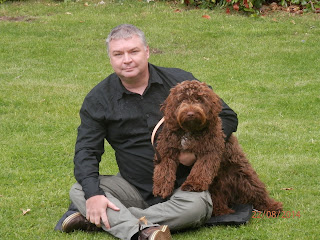 What are your ambitions for your writing career and which writers inspire you?
I’d like to write a book I feel entirely proud of, something I think is the best thing I could possibly write. I doubt it will ever happen. Most things I write I just try to make the least bad they can be. My books are all different from each other, which I know makes no sense commercially but it pleases me. All authors inspire me - all of them, good ones, bad ones, self-published, small press, big publisher. I think writing books and stories is a tremendous thing for people to be doing, we hold a mirror up to society, we are its conscience and its soul. That’s no small thing to be involved in.
What have you written and/or are writing at the moment?
I’ve had two books published so far. Song of the Sea God (Skylight Press 2012) which is literary fiction, a kind of creepy fairytale about a man who comes to a small island off the coast of Northern England and convinces the locals he is a god. And The Pick-Up Artist (Magic Oxygen Publishing 2015) which is an off-beat rom com about a young man’s hopeless attempts to find love with the help of  PUA movement who claim to be able to use psychological techniques to attract the opposite sex.
I have another one done, a crime novel based on my years as a reporter. It’s sitting in a drawer waiting for me to dust it off and find a publisher. There’s also a short story collection I’d like to find a home for. And I’m currently working on a new novel which feels like it’s going to be a sort of thriller. Most of what I write can be appended with the word ‘quirky’ for which I feel equally cursed and blessed.
How much research do you do?
It depends on the book I think. For Song of the Sea God I had to do all sorts of reading around ancient myths and religions, for The Pick-Up Artist I learned about the rather murky world of the PUA movement. For the crime book I’d lived it as a crime reporter over a number of years but I did a fair bit of fact checking on technical details.
When did you decide to become a writer, and why do you write?
I’ve been writing fiction pretty much since I learned to write I suppose. Scraps at first in notebooks, then proper stories and later novels. I don’t know why I write except I feel compelled to. I don’t necessarily enjoy it that much, it can be a chore, though I do feel better during periods when I am doing it. Less fidgety, more at peace with myself.
Do you write full-time or part-time? 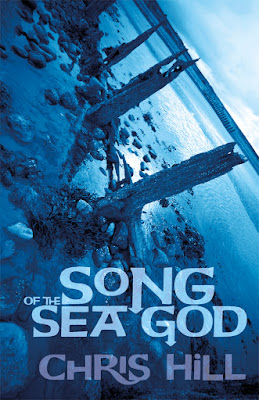 I’ve always worked full time and I have a family so I’m one of those people who write around the day. That’s probably one reason why it takes me so long to finish anything. I quite like it this way though, I don’t think I’d change it even if I could.
Do you have a special time of day when you like to write or a special place where you feel most creative or hard-working?
I carry a notebook around in my man-bag and scribble in it in all sorts of places - on the bus often. But I also need to sit down in front of the laptop in the evening a few times a week and work in that more organised and focussed manner.
Are you a plotter? Do you tend to work to an outline or synopsis, or are you a 'pantser', someone you prefers to see where an idea takes you?
I have a kind of middle way. I do some planning at the outset and more as I go along. I like to know where I am going to end up from the start but I don’t have a complete roadmap of the entire journey. We all find our own way of working of course but for me this feels like having my cake and eating it.
How long on average does it take you to write a book?
It takes me about two years in all, one for the first draft, one for rewrites, and I procrastinate a lot before I even get started. I don’t suppose I will ever be particularly prolific!
Do you ever get writer’s block?
Not as such, though I do take a long time to get started and then a long time to write anything to the level where I am satisfied with it. I do envy writers who talk about having crashed out a book in just a few months.
Ha, I'd better not rub it in then that I wrote my last 100,000 word novel in 9 weeks. Do you read much - I know I find it hard to make time for reading these days - and if so who are your favourite authors? Is your drug of choice fiction or non-fiction? Any particular kind?
I’m always reading, I don’t think I could trust a writer who didn’t read. It’s mostly fiction though I go through non-fiction periods too. I read literary fiction mostly but I have read books in most genres too I suppose, over time. My first love was the work of the American novelists of the last half of the 20th century - now recently deceased. People like Updike, Heller, Vonnegut, Bellow. They combined fabulous writing, great narrative voices and amazing plots and characters. But since then I’ve spread my interests fairly widely.
For your own reading, do you prefer ebooks or 'proper' books? (Personally, I love an improper book.) 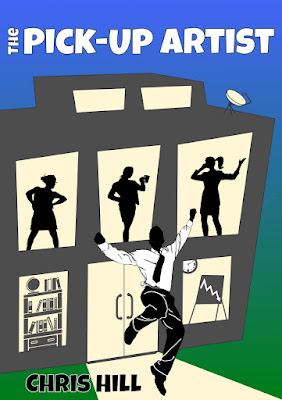 It’s dead trees all the way for me. I do have a Kindle and have read books on it but for all kinds of reasons: emotional, physical, nostalgic, sensory, I prefer a book made of paper. There was a report recently in the media about the decline in ebooks and the resurgence of print ones. I’m sure there’s room for both but I don’t see print disappearing when it comes to books. Newspapers are a different matter.
What are you reading at present?
The last three books I’ve read have been A Heartbreaking Work of Staggering Genius by Dave Eggers, The Bell Jar by Sylvia Plath and I’m half way through American Gods by Neil Gaiman. All wonderful books in their own way and an eclectic selection as always.
Tell us about your book covers and how they came about, and do you think that the cover plays an important part in the buying process?
I suppose it must be important though personally I don’t think I have ever bought a book because of the cover. I work with my publishers on them. Small press publishers tend to be quite collaborative so I’ve enjoyed the process. We’ve discussed ideas, I’ve shown them covers I like and so on. With Song of the Sea God I even gave them photos I liked which were taken by a friend of mine on Walney Island where the book is set, and one of those ended up on the cover.
How do you market your books, and do you have any advice for other authors on how to market their books?
I do PR and marketing for my day job so it’s a bit of a busman’s holiday for me, that side of things. I enjoy social media and blogging. I don’t think there’s a magic bullet; awareness grows over time. At my last book launch, my eldest son was with me. After about the fifth person had come up to me like an old friend because they knew me online, my lad said: “Wow dad, you might not be famous, but you are Twitter famous.”
What part of your writing time do you devote to marketing your book, and is there any marketing technique you've personally used that had a strong impact on your sales figures? (We all want to know this!)
I’m doing less at the moment as I’m between books - I get on it a lot more when I have a new one out but I always try to be classy and not bang people over the head with my ‘product’. That’s a big turnoff for all of us, isn’t it? I don’t think you can beat physically standing in front of people at events and talking to readers. I do that when I can.
I quite enjoy clouting people over the head with my books. Thanks for coming along to chat to us today, Chris. How can readers discover more about you and your work?
My website
https://www.chrishillauthor. co.uk/

Email ThisBlogThis!Share to TwitterShare to FacebookShare to Pinterest
Labels: Chris Hill, guest bloggers, guest posts, how to research your novel, how to write a novel