Okay, huddle up. It's time for an awful truth to be exposed.

Novels do not want to be written.

How silly she is, I hear you cry, novels do not have a mind of their own. Novels are inanimate objects. In fact, they are both invisible and ineffable while still unwritten. Novels come from our own heads, ergo the author must be in command of the novel-writing process, not the novel itself.


Well, yes. And most of us are in command of our novels, most of the time. But sadly, at some point, if circumstances are right for revolt, the novel may end up leading the author round by the nose.

Novel-In-Charge or Novel Avoidance Syndrome are closely linked, and are both diseases that manifest in various forms, some less serious than others, some positively fatal if allowed to progress unchallenged.

When the novel wrests control from the author, there may be stubborn runaway characters with minds of their own, narratives which demand to be in first person instead of third, plots that won't follow your synopsis, books that refuse to finish, books that refuse to start, and worst of all, those dastardly novels that simply stick their thumbs in their belts partway through and refuse pointblank to be written at all.

Sometimes there's a subtle progression from hiccup to total collapse. The novel does not always make it obvious to the author what's about to happen by manifesting the tricks noted above. Instead, your novel simply creeps away into the back of your head when you're looking the other way, a potentially dangerous shift which allows a space to open up. A space where other ideas - more beguiling, far superior ideas - may begin to take the place of your current novel. Then BANG, you wake up one day and your novel has gone.

There may be other, less obvious warning signs of imminent collapse.

You take more coffee breaks than you should. You stop for unnecessary research. You gaze out of the window. You watch the entire boxset of something vaguely connected to your novel's background. You accept invitations to lunch. You shop online. You tweet all morning and share funny photos on Facebook. You put off writing for a day, then fail to come back the following morning. You suddenly decide to cook a special supper. Every evening. For several hours when you would normally be writing.


This is how the final collapse may happen. Late one evening, after a successful day at the word-face, often when you're feeling on top form and the novel is swimming along nicely, you find yourself reaching for a notepad or the back of an envelope to scribble down an idea which has just flashed through your teeming brain.

Wow, you think. That's the best novel idea since *insert name of Famous Novel here*. I must write this book. But not yet, of course. First I must finish Novel One. Brilliant, two fantastic ideas one after the other. I'm on a roll. What a clever author I am.

The next day, you wake up with this new novel idea still bubbling away in your head. Go away, you say firmly. I'm writing Novel One first. And so you slope off to your desk, or where/however you write, and try to concentrate on today's word count.

But bizarrely the going has become heavy since the day before. Your boots stick in the mud. You may be taking enemy fire. After some valiant attempts to write, you pause, puzzled, and read back what you've written so far. 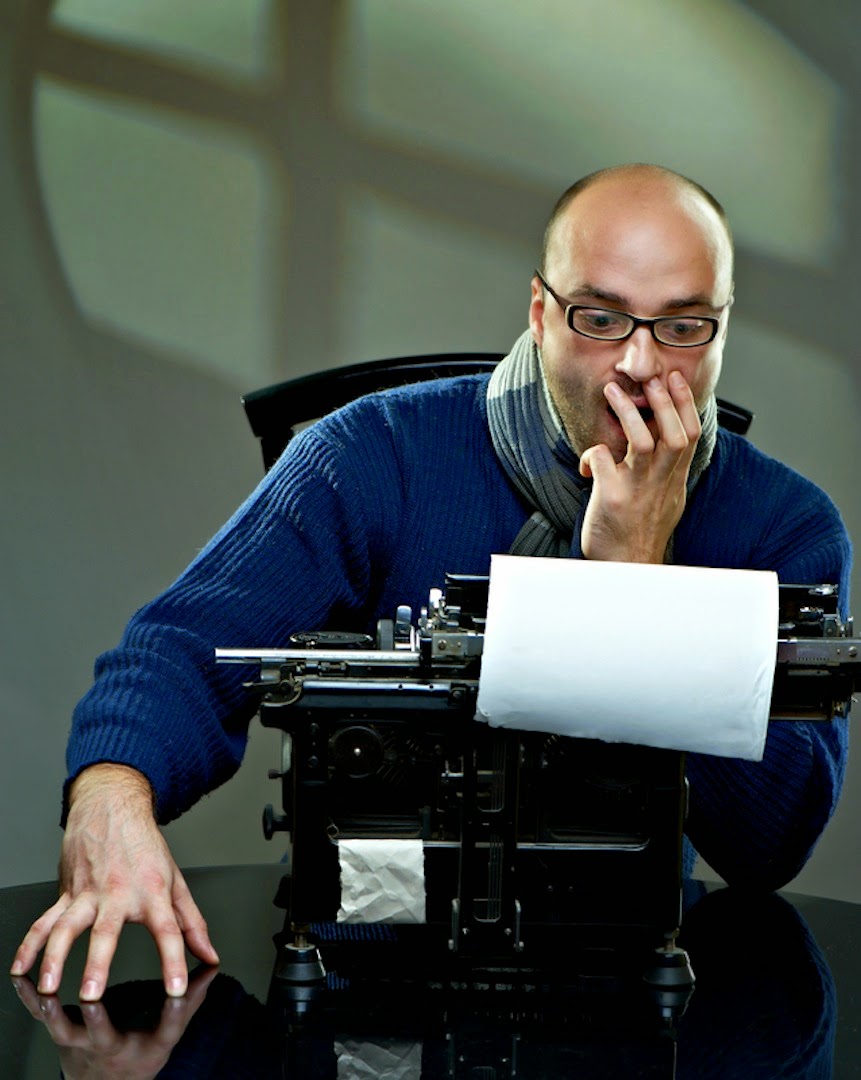 To your horror, the novel that was racing along superbly now sounds thin. Your great story idea, once so promising, is hollow and superficial. It lacks ... Well, it lacks what Novel Two is clearly bursting with.

You are dismayed. What now? You look at your unfinished typescript, and suddenly you can't face that long trudge through mud to the finish line, through howling wind and rain.

But Novel Two ... Ah now, that's a charming prospect. The sunny uplands of that intriguing first chapter beckon, a story so compulsive it will almost write itself, characters so powerfully drawn you can see that writing award dancing before your eyes.

So you throw Novel One aside, type Chapter One again, and head off into the glorious unknown, whistling a happy tune.

A few weeks or months later, you find yourself reaching for a notepad or the back of an envelope to scribble down the most exhilarating idea for a new novel that you've ever had. Wow, you think. This is bloody brilliant, it's bound to be a pageturner ...

Okay. Here are some ways to deal with Novel Avoidance Syndrome. You learn these as you get more experienced as a writer, mainly from having suffered too many times from lost and broken novels. So here is my approach.

In the early stages, note when you are taking too many breaks from writing, whatever the reason, and change your schedule to push yourself back into the book. Put your head down and write whatever comes out, even if it sounds like garbage to your ears. It may be garbage, but equally it may not. Your creative brain may be out of kilter and you can no longer tell. Just stick it down anyway. The theory is, you can't rewrite what hasn't been written.

And ignore pleadings from the soul that the book is flawed in some way. These are often dream voices from a weary psyche, begging you to stop working so it can rest. If the book is genuinely broken, promise yourself you will start again. BUT NOT UNTIL YOU HAVE FINISHED THE WHOLE NOVEL. Only when you have finished will you - or another reader - be able to see if this 'broken plot' thing is an illusion of the writing process, or a true problem.

And new novel ideas? The ones that come in the night, or while staring out of a rainy window?

Write the new novel plot down in a notepad, or type it up in a few spare moments, then put that new idea away AND DO NOT THINK OF IT AGAIN.

Exercise self-discipline, even if you think of creative writing as something floaty and marvellous. It really isn't. It's actually hard work. It's a job like any other, like collecting the bins or doing someone's annual accounts.

Tell yourself, There is nothing wrong with the novel I am writing. Repeat after me, one novel at a time. Finish what you start, regardless. Consider the novel writing process as akin to clearing your plate. Eat those lovely greens. Type THE END, and then you can get that notepad out and type Chapter One of your new novel.

Teach yourself to succeed by teaching yourself to finish. Visualize yourself finishing your current book and starting a new one. Don't despair, don't give up. Keep on truckin'.


And if all that fails, don't ask me to read your unfinished book and explain why you no longer want to write it. I've told you. It's all in the mind.


QUESTION: Have you ever suffered from Novel Avoidance Syndrome, and if so, how did you beat it? Or are you in its grip right now?

Answers in the comment box below please. Thanks for taking part in the debate!
Posted by Jane at 10:30